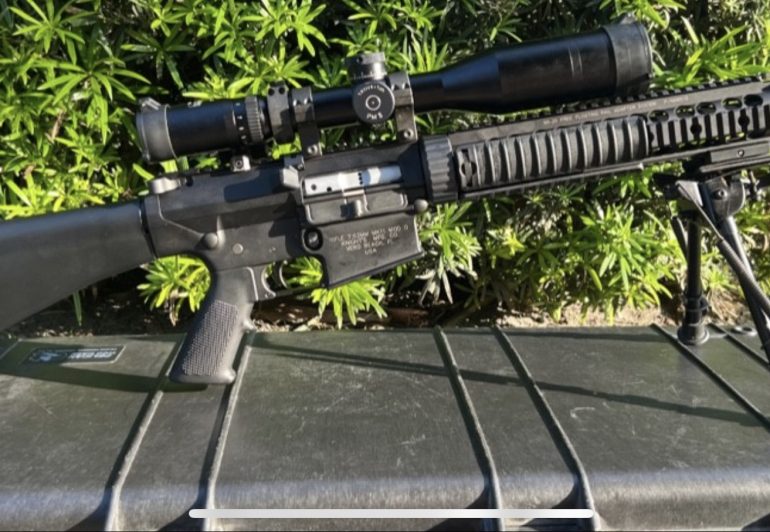 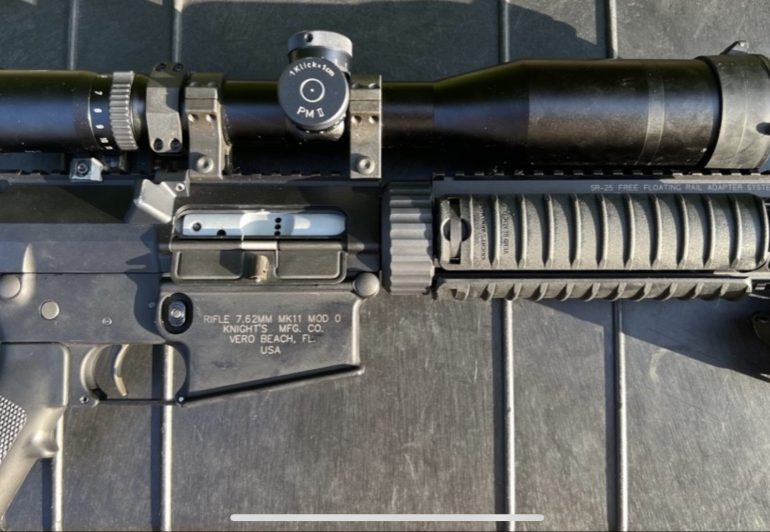 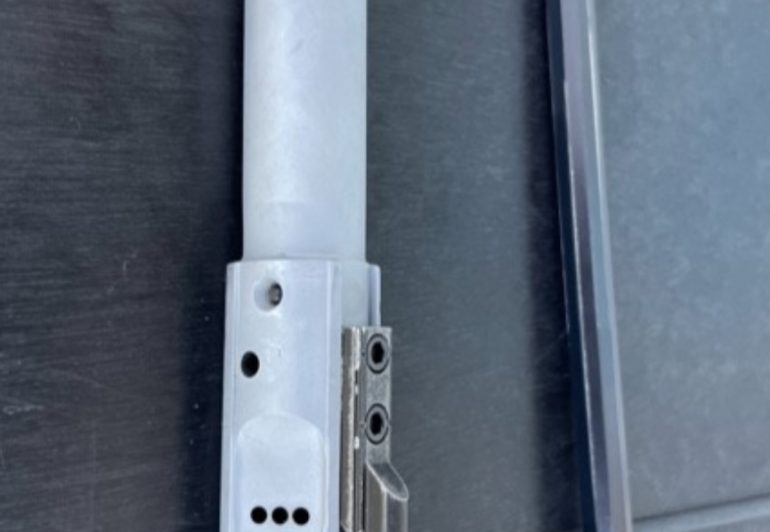 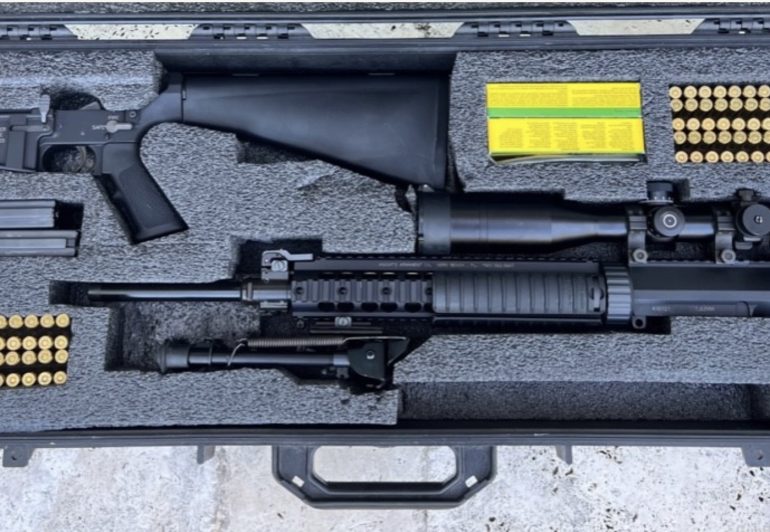 The SR 25 rifle (Stoner Rifle, model 25) was developed by Reed Knight (owner of Knights Armament Co) and Eugene Stoner (designer of M16 and Stoner 63 rifles among other things) during early 1990s. In essence, the SR 25 was the AR-15 rifle scaled up to shoot 7,62×51 / .308 Win ammunition, with up to 60% of parts of new rifle being interchangeable with standard AR-15 components. This rifle sold well among civilian shooters who needed an accurate semi-automatic rifle in 7,62 / .308 caliber for hunting or target shooting. This rifle also found a favor among US Military – during early 1990s it was adopted by US Navy SEAL groups, as Mark 11 Model 0 sniper rifle system; use of Mk.11 Mod.0 rifle was later extended to US Marine Corps. Mark 11 Model 0 rifle system included the semi-automatic SR-25 rifle, a quick-detachable sound suppressor, also developed by Knights Armament Co, Leupold Vari-X Mil-dot telescope sight, Harris bipod, 20-round magazines and other necessary accessories. In 2005, a modified version of the SR-25 / Mk.11 rifle won US Army Semi-Automatic Sniper Rifle (XM110 SASR) competition, and today it is being issued to US Army snipers